In the Seventies, musical sitcoms were a thing. Singing, dancing, canned laughter, and tissue-thin plot lines, as corny as it sounds to us, it was a total hit. It seemed that at any given point, there were a handful of shows featuring singing families on TV. I can only take one musical episode a season at best. I don’t know how people in the 70s dealt with it.

There was one such musical sitcom that featured the story of a family who becomes a band and traveled around the country spreading music, bell bottoms, shitty haircuts and happiness. It was called The Partridge Family. (Get it, because partridges are birds and birds sing? *cue the canned laughter*) 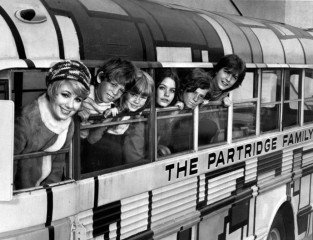 I personally never watched this show. My childhood was about 20 years too late to be into that mess. But the theme song for that show would become one of those sickly sweet diddies that refuse to die in obscurity. It’s been used in a commercial sense since the damn series ended. You’ve heard, you know it, now everybody sing along!

Come on, get happy

A whole lotta lovin’ is what we’ll be bringin’

Doesn’t that feel a little insistent? Like “Hey, your life might be shit and all but C’MON BE HAPPY!! WE ARE GOING TO MAKE YOU HAPPY!” The goal is happiness and The Partridge Family doesn’t care if you don’t want it or how much it hurts to get there. They’re going to make you happy, goddamnit. 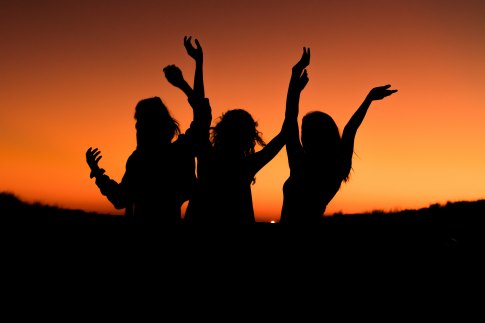 And that’s where we are in society currently. “Happiness’ is the ultimate goal. Optimism is the only vehicle to get us there. Why did I put quotes around happiness? Because our quest is not one for true happiness. The thing we long for, lust for, and wear ourselves to the bone for is for the illusion of happiness. We want others to think we are happy. We want them to think we’ve made it, that we have all our shit in together. These illusions of perfection and enjoyment have replaced our internal need for positivity. The validation from likes and shares has replaced the feeling we get when we generally enjoy something.

Our lives have become little more than pay per minute striptease for Facebook, Instagram, and Twitter. Why would it matter if we are crumbling apart on a spiritual level if our selfies look fly? If those friend request from people we wouldn’t speak to in passing don’t keep rolling in, are we even valuable? If you can’t describe it with a hashtagged word, did it even happen?

Somewhere along the way, we’ve stopped chronicling our adventures in life for our own memories and started curating them based on others.

No thumbs up on the pictures of you and grandpa before he died? DELETE!

No one liked the poem you shared that you ripped out from your soul? DELETE!

That tagged picture that showed your real smile, double chin and all? DELETE!

Before long we’re augmenting not only our memories but the presentation of ourselves. Our ultimate internet form ends up being one of enduring optimism, polished success, and eternal happiness. And it’s as fake as it is beautiful.

That fakeness is what we are expected to obtain. The real part of us, the part that we are still stitching together, is not welcome. No one wants to see that struggle. There is no celebration of our going through hardships. We are not rewarded for the unflattering things that make us individuals. The gritty nasty parts of us remind others too much of the gritty nasty parts of them. Adding our lives to the collective consciousness of online profiles, special groups, and social coteries often means we enter this unspoken popularity contest. Before we can mentally put together what we’ve gotten ourselves into, it’s too late. Like the frog who doesn’t realize the water is getting warmer until it starts to boil, we waste away until we become one with the system. And then we yell the same rally cry as the people around us, but we do it louder and prouder because we are happier than them, after all:

Happiness and optimism are not feelings you can strongarm someone into experiencing. Forcing them to pretend that life is the emotional equivalent of a teen idol number one song isn’t only foolish, it’s dangerous. It betrays the concept of valid feelings and cheapens the power of the true experience. We need strife, we need struggle, we need unhappiness and pessimism to complete the cycle of life. So while the rest of the world might taking advice from a singing 70s sitcom family, I prefer to take guidance from a 90s-00s band out of L.A. who never wore bell bottoms or tried to spread happiness :

Fuck you, I won’t do what you tell me!