I’m writing this on the evening of St. Patrick’s Day 2018. Instead of going out and taking part in the merriment, I’m at home writing in my pjs. The kids are in bed, a crime show is playing at a low volume and I’m trying to decide if I should have a post-dinner snack. For me, it’s just another night while the husband is at work. But outside my boring world, this is a day of celebration.

Today online has been swamped with countless talk of parties and shamrocks, “Kiss Me I’m Irish” declarations and green beer. I have absolutely nothing against people revelling in a holiday. With the shape of things in the country right now, I can totally get behind a day of hearty fun. If our hands are busy lifting beer glasses they are won’t have time to attack each other. So by all means, drink, eat, and be merry!! 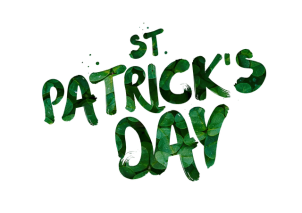 My gripe and the gripe of so many of my fellow Pagan brothers and sisters is that the snakes St. Patrick ran out of Ireland weren’t the kind that slithers. They were actually Pagans. In a quote attributed to him, his views of the Irish people were explained:

“Never before did they know of God except to serve idols and unclean things. But now, they have become the people of the Lord, and are called children of God. The sons and daughters of the leaders of the Irish are seen to be monks and virgins of Christ!” source

St. Patrick is said to have created over 300 churches in the Emerald Isle. More importantly than just the physical buildings, it’s alleged that he baptised over 100,000 Irish people. Through his teachings, the native polytheism of Ireland was all but wiped out. If worries of appropriation were a thing in the fifth century they would have been cast at St. Patrick. He understood that incorporating well-known ideas and beliefs into his teachings was the fastest way to get the locals assimilated. He took their beliefs in their “unclean things” and sold them back dripping with Christian tint. 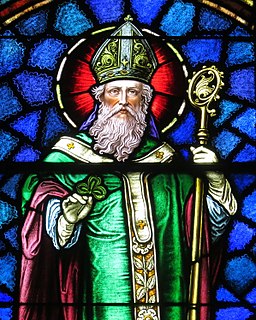 This was, and still is, the standard modus operandi for the Church. First, find a heathen population and pillage their beliefs. Then, change just enough so they can’t prove you copied them before you finally shove them down their throats. Rinse and repeat until you’ve pushed the populous belief so far underground that it gets referred to as “The Old Ways”.

And that’s exactly what Saint Patrick did. But being credited with bringing Christianity to Ireland may or may not be completely historically accurate. Sent to Ireland around 431 by Pope Celestine, Palladius was the first bishop of Ireland. As with many characters in historical lore, at this point, Palladius and Patrick have probably been conflated to become one person. Either way, I personally don’t see the brainwashing of a people something worth celebrating.

But, and this is a very important but, what the holiday is now is not its intended purpose. The festivities we have become accustomed to here are more celebration than reverence. It’s an important celebration of the incredible spirit of the Irish. From Ireland to America, the Irish people always faced hardship with determination. That is something that is worthy of celebrating and drinking to. In a weird sort of way, it’s kind of poetic. St. Patrick used a country’s religion as a stepping stool to expanding his religion. We now use his day to as a stepping stool to expand our exaltation. That’s reason enough to have a drink. 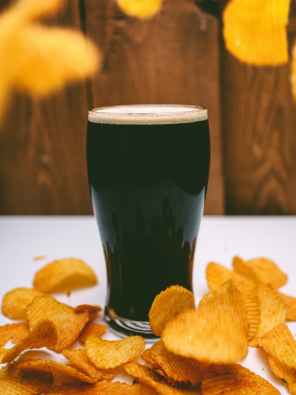 But make sure its a really good Irish beer, not that dyed green crap.