How could you? You’re taking orders in a fast food place, working your ass off for a paycheck. You see hundreds of folks a day. For all I know, you might really fucking hate your job. But somehow, I don’t think you do. And dollars to donuts, everyone is “Sug” “Hon” or “Babydoll” to you.

I’d be willing to bet, some people get snippy over that. There are some assholes that feel that it’s a personal insult for a stranger to speak to them in a familiar sense. I’d also bet a lot of them are other women who get mad that you call their significant others a pet name out of hospitality. A lot of people don’t understand sweetness like that. They are all so busy tripping over their ego that they see your kindness as a threat. I know it isn’t.

Even though I don’t know you, I know you. It sounds complicated, but it’s not. Like sees like, and all that. I think people like us want to make others feel good. We want to give them a little bit of happiness to take with them on their way around this crazy world. Like a sugar cube in their pockets, there just in case they need it. 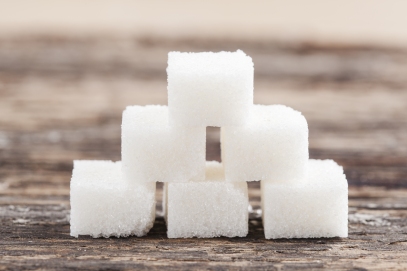 More than seeing the hidden good in others, you see the good in yourself. And you act with that goodness spiralling around you like summertime fireflies. The world is short of people who hand out their happiness freely. People usually keep their happiness to themselves because they rarely see it in the world. But it’s not seen in the world because people are keeping it to themselves. It is a self-fulfilling prophecy. You break that with your smiles and downhome endearments.

That brief moment we interacted set the tone for the rest of my day. I was able to go home and happily hand out the breakfast to my pack of sometimes savage, mostly hilarious kiddos. You made my day better and that in turn made other’s day better. Your sweetness was the spark that set fire to a day of positivity.

You probably won’t read this. We might not cross paths again. While I am all about chilli cheese dogs for breakfast, my leggings only have so much stretch. But from the bottom of my heart, I thank you. Please no matter where you are, keep on being you.